The problem, in a word: time. The producers don’t allow enough of it. They deliberately set artificial, wildly inadequate deadlines for the work to create “drama”. It’s clearly a formula that “works” –  I mean, who doesn’t love to see grown adults cry? Asking, sarcastically, for a friend.

You see it in the Great British Sewing Bee. Competitors cut pattern pieces back to front or too short because they’re rushing, and then have to scramble to finish or invent a workaround on the fly. 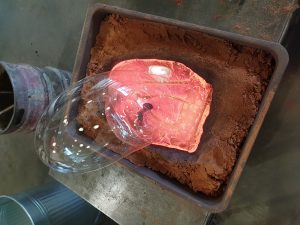 My feeble attempt at sandcasting. The bubble isn’t supposed to be there (sand too wet).

You see it in Blown Away, where exhausted contestants are manipulating fragile and volatile hot glass in scorching temperatures. Yet they can’t stop because of the time constraints.  Hot glass falls and shatters, even for the most experienced professionals in the hot shop even without time constraints. There are any number of things that can go wrong, such as this giant, unwanted bubble during my newbie attempt at sandcasting.

You especially see bad results in the Great Pottery Throwdown (or ‘throw up‘ as a professional colleague names it). Clay is a natural material that has to be at a particular consistency. It must be wet but not too wet; dry, but not too dry — and that varies at different times during the throwing or building process. You can’t hurry clay. If it’s too wet or heavy, it collapses. If you dry it too quickly it can crack, or worse, explode in the kiln. In one episode of the Throwdown all the potters lost pots in one firing. One or two could be written off to bad judgment or poor skills, but that was ridiculous.

To lose one pot may be regarded as a misfortune; to lose all of them looks like carelessness.

Supporters of the genre say it raises awareness of the craft. It brings in new practitioners. I admit there is an element of education in it. But it’s inherently flawed by that artificial, mad-rush-to-completion. Good craft takes time. We could be seeing some really superb work, but these programmes cheat us by forcing the artists to hurry. 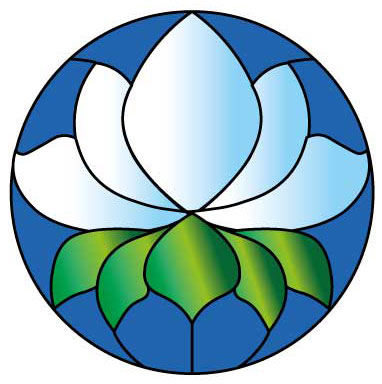