Secular Church of the Five Design for the East Window 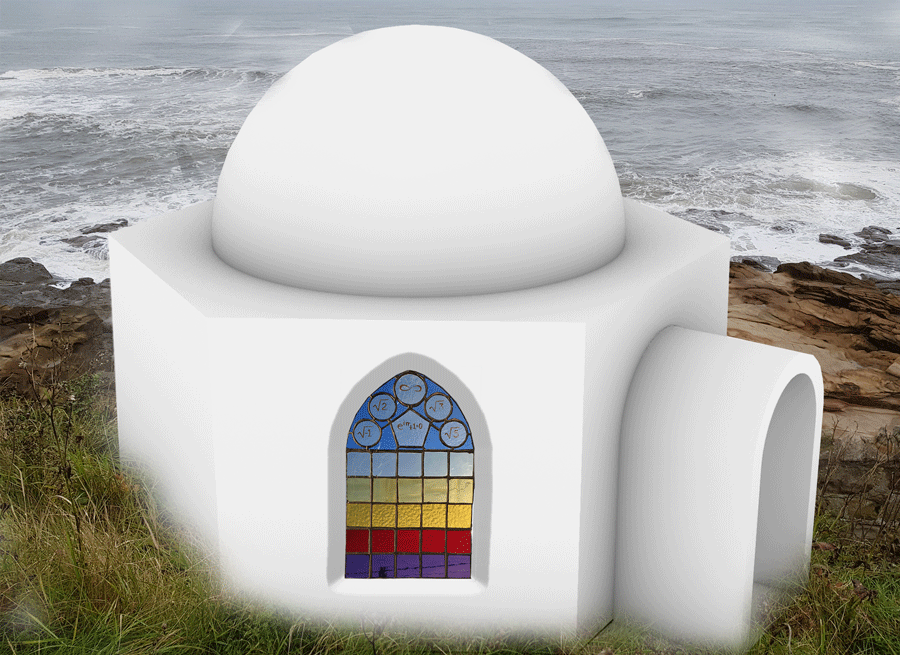 The (fictitious) Secular Church of the Five is an ancient non-religious community. It was founded on the principle that mathematics is the original source of the universe and all matter within it.

The Five Precepts of the Secular Church are contained in the idea that a Joyful Community is the result of Harmony in Science and Nature. The building is a small chapel, shaped as a simple hexagon with a dome, located by the sea. The church community commissioned a stained glass window to be installed in the east wall to greet the rising sun.

The design is a representation of the sunrise. The dark purples of night at the bottom rise through reds and yellows to a clear blue sky at the top. Mathematical symbols remind us that the infinite beauty of the universe can be expressed in human-accessible concepts.

The symbols and equation in the arch are representative examples of the foundational tenets of the secular church : science, mathematics and nature

i extends the real numbers system to the complex number system

The height of an equilateral triangle with sides of length 2 equals the square root of 3.

This is part of the formula for the aesthetically-pleasing Golden Ratio, where the sum of two quantities is equal to the ratio of the larger quantity; also, in the Fibonacci sequence, an expression that defines growth patterns of many plants and other lifeforms.

Shows a profound connection between the most fundamental numbers of mathematics:
e is Euler’s number, the base of natural logarithms,
i is the imaginary unit, which satisfies i2 = −1, and
π is pi, the ratio of the circumference of a circle to its diameter.

Symbol representing the totality of the Universe 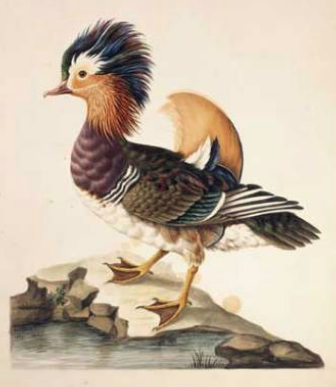 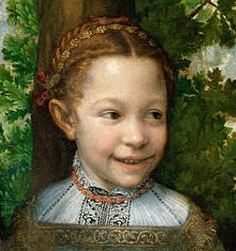 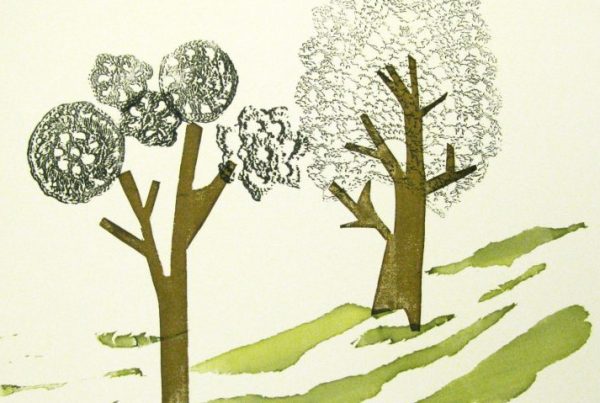