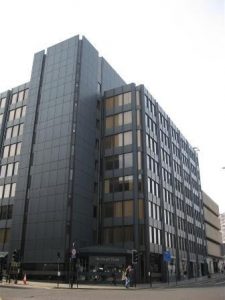 Ugly old Bamburgh House, the former Electricity Board building. It was a monster to heat and the plumbing was dodgy, but it was in the City Centre.

My studio has been in Newcastle city centre for about 4 years. That was suddenly cut short by the building’s landlord. The management company and driving force behind the studio initiative are Breeze Creatives. They have been nothing but kind and helpful, despite being thrown under the bus by the [expletive deleted] landlord. We were all given only 4 weeks’ notice to get out, and that’s halfway gone now. The building was always going to be demolished but we thought there would be 6 months’ notice.

My new studio space will be in the John Marley Centre, a cool art deco building just outside the city centre. 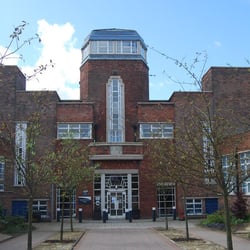 Sadly, it’s now a Metro journey AND a bus ride (but has plenty of parking). It’s also much lighter, brighter and larger than the decrepit old electricity board building. It’s already got the Scotswood Community Garden in the grounds. There are plans afoot for a cafe, and it’s got a central garden space (and apparently is not far from the Hadrian’s Wall Path). I’m hoping that we will get a strong community vibe there. I’m also optimistic that we can hold some workshops – one of the rooms has gas lines installed and stainless steel counters that would lend itself very well to flameworking. But that’s for thinking about later.

Meanwhile, we’re waiting on Newcastle council to give the go-ahead to move in, but that’s unlikely to happen until after the 15th of April when we’re being turfed out. This means everything has to be packed up and put into storage. A very generous tenant has paid in advance for storage and hired some strong young men to help us shift all the stuff. I’m grateful beyond words that the organisation of all this has been handled so well, at such short notice, and with so much consideration from everyone (except, of course, the nasty landlord!). 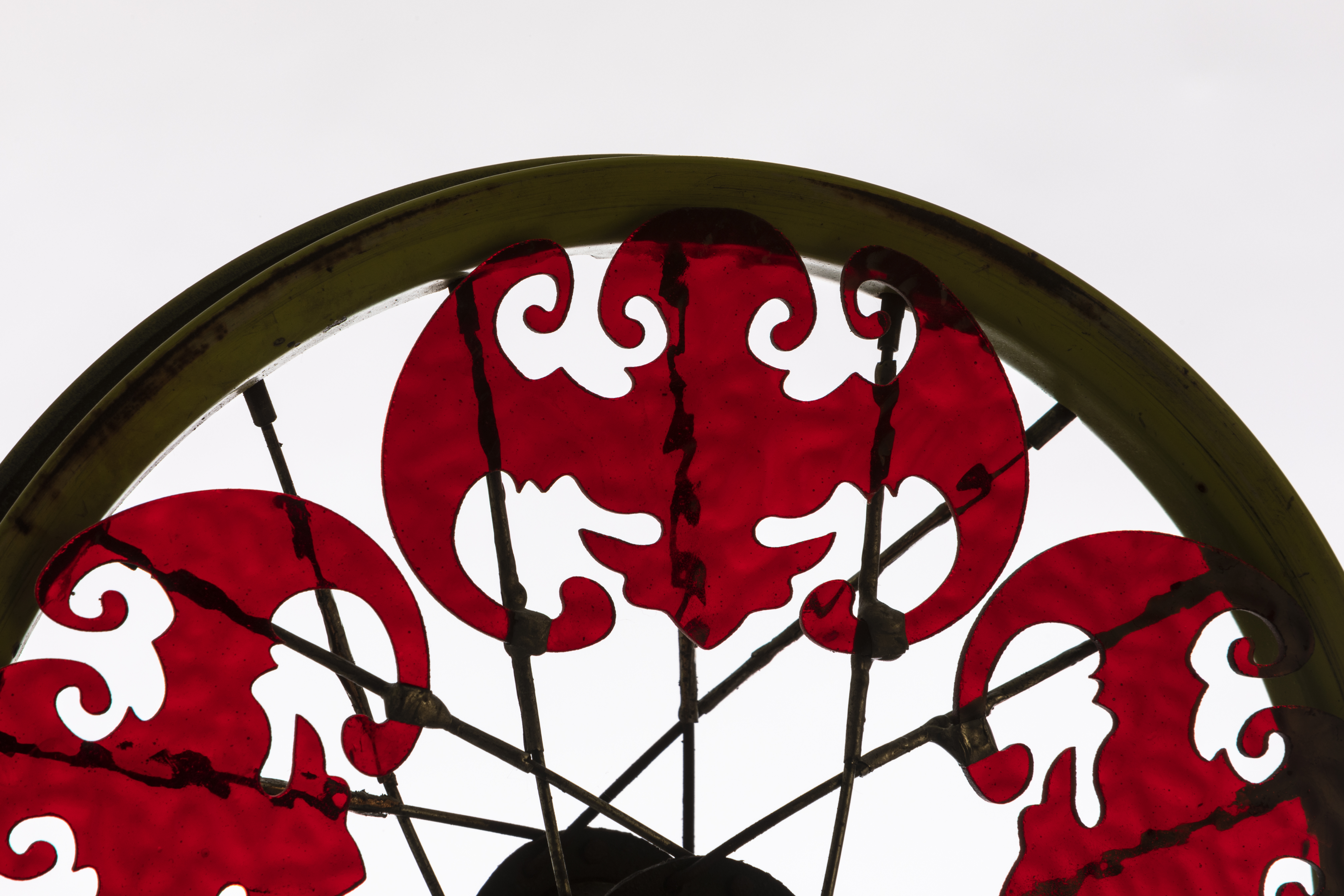